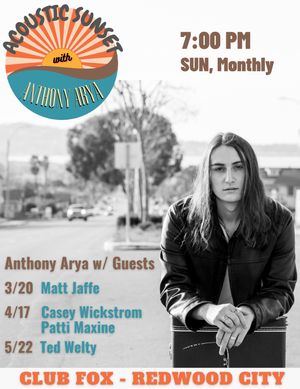 Free tickets available to West Coast Members, email kamela@kamelaarya.com to get your tickets 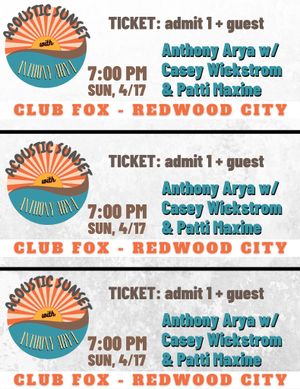 At age 15 Santa Cruz native Anthony Arya caught the performance bug on stage as a contestant on NBC’s The Voice. Since then, Anthony has released two albums of original music winning numerous awards for his songwriting. As an accomplished guitarist and captivating performer, Arya has been collaborating with other like-minded musicians all around the Bay Area.
This Spring, Club Fox will host Anthony Arya Acoustic Sunset. Join us on select Sundays (March 20, April 17, and May 22) at 7:00 for an unparalleled acoustic journey. Attend all three shows and receive a copy of Anthony Arya’s CD, The Road.

Club Fox has a state of the art sound system for an unforgettable evening. Come early and dine at one of the many restaurants steps away.

About Anthony Arya:
Anthony Arya is a performing and recording artist from Santa Cruz, California. In Fall 2018 he released his debut album Going To California.​ Arya’s music, folk rock with blues and jazz influences, is frequently played on roots station KPIG. Fans love the upbeat rock songs mixed with melodic lyric tunes on the second album, The Road, which was released in May 2020. In June 2020 Anthony Arya received the prestigious award of Presidential Scholar in the Arts (category singer/songwriter) awarded by the US Department of Education. His latest release, Listen to the Voice of Anthony Arya, a tribute to his Voice journey was released in June 2021. Recently Anthony was selected by Nashville’s iconic Bluebird Cafe for the season 3 of the Taylor Golden Pick Contest in songwriting. Arya is in the process of recording his third original album scheduled for release in May 2022.
www.anthonyarya.com 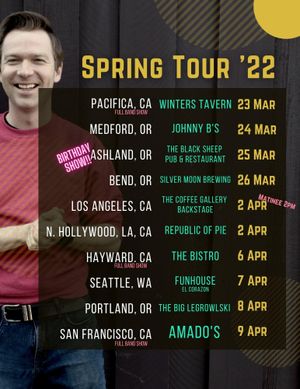