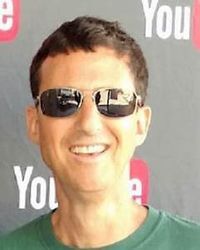 Having spent twenty plus years as a music publisher, Jonathan Rosner is president of Waterslide Music www.waterslidemusic.net and president of http://www.fundamentalmusic.com/crew. At Waterslide, he’s signed Dylan LeBlanc, Caleb Elliot and Fever The Ghost, in addition to administering the catalogs of Margo Guryan,The Tokens, Linus Of Hollywood and Dave Frishberg along with managing the estate of jazz great, Maynard Ferguson. He also has cuts on the current !Panic At The Disco, Pusha T and DJ Khaled albums. At Fundamental, Jon is in charge of growing and exploiting the catalog of recording artists which include Lauren Rocket, Terra Naomi, Marina City, Lil One Hunnet and Ariel Abshire among other duties. Formerly, Jon was a partner/co-President at The Bicycle Music Company, where he worked for two decades and was responsible for signing writers, catalog acquisition and catalog exploitation. Among Jon’s signings are The Dickies, Kool Keith, The High & Mighty, Marshall Goodman, The Smut Peddlers, Wesley Willis, Linus Of Hollywood, producer Don “One Eye” Saunders, the Oglio Records publishing catalogs, Ozomatli, Jorge Santana and Money Mark. He also worked with the Neil Diamond catalogs. Jon is a past president of the California Copyright Conference.

WCS Members only, one song only, attach your MP3/song file and paste your lyric into the body of your email. In subject line put: Jonathan Rosner Screening Please do not send links as we have to upload the songs.