Songwriters are invited to our Zoom event for West Coast Songwriters South Bay “Works In Progress” ZOOM meeting will start at 6:30pm to check in, mingle (virtually of course) and be ready to start at 7:00PM, so please be onZoomline and ready. Play your song live (on Zoom) in a casual supportive environment. Please join us and receive honest thoughtful feedback from our talented local songwriting community. Each session will accommodate up to 8 participants. To attend you must register for the ZOOM meeting. To register please email Mike Simpson (mssbwip@gmail.com). Include your name, email, WCS membership status, and a copy of your song lyrics. JOIN OR RENEW: https://www.westcoastsongwriters.org/become-a-member Thank you! Mike 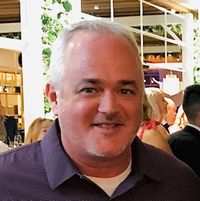 In his almost 30-year career in the music business, Dan has worked for BMG Music Publishing, Rick Hall’s FAME Music, and Murrah Music. As a songplugger, Hodges successfully placed songs on albums generating over 10 million units in sales in his career, including the hits “Where Would You Be” by Martina McBride and “I’m A Survivor” by Reba McEntire (TV theme for REBA), Billy Currington’s ASCAP 2008 Country Song of the Year “Good Directions” (which he publishes), and songs recorded by many other major label acts.

Since 2008, Dan has operated his own music row-based publishing company, Dan Hodges Music, LLC. The company has enjoyed 2 #1’s and had songs recorded by many Nashville country artists including Rascal Flatts, Martina McBride, Keith Urban, Brad Paisley, Chris Young, Reba McEntire, Lee Brice, and Kelsea Ballerini (her #1 “dibs”), to name a few. DHM also opened a virtual branch of the company in Australia in 2015, where the company has enjoyed six #1 country songs and over 30 major label cuts in the Aussie country music scene. Dan has been a regular attendee of the international music publisher conference, MIDEM, which has led to subpublishing relationships all over the world and DHM songs being place on major label acts in multiple countries including Italy, France, Sweden, Ireland, South Africa, UK, and Germany.

Dan has been an adjunct at Belmont since 2015 and has recently been promoted to lecturer for the coming year after completing a Doctor of Business Administration degree in International Business from Liberty University.

WCS Members only, one song only, attach your MP3/song file and paste your lyric into the body of your email. In subject line put: Dan Hodges Screening DEADLINE to submit 10/27 Please do not send links as we have to upload the songs. RENEW YOUR MEMBERSHIP OR JOIN HERE: https://www.westcoastsongwriters.org/membership

This is a non-judges event, and we will limit it to one song each (unless we have fewer than 10). This will be a Songwriter “Nashville” Style Round and we’ll talk about the song before and after.

Please email Margaux and let her know if you would like to attend! Space is limited to 10 songwriters.

We also welcome people who just want to listen and enjoy connecting with other songwriters.

The ZOOM meeting will start at 6:00pm to check in, mingle (virtually of course) and be ready to start at 6:15PM, so please be on ZOOM and ready. Margaux Joy DeNador margauxjoy@denador.com 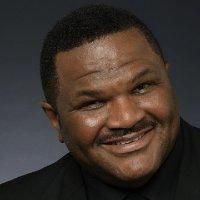 Larry Batiste’s career in the entertainment industry spans over 40 years. He has worked with some of the most successful new, and legendary artists of all time. Batiste, best known for musical directing the GRAMMY Awards and the TEC Awards at NAMM, has a natural talent for understanding and working in all genres of music. His recording career started with the group Bill Summers & Summers Heat in 1979. He co-wrote and produced four albums along with Claytoven Richardson and Bill Summers, including the group’s top ten hit singles, “Call It What You Want”, “Jam The Box”, and “At The Concert”. After a few years of recording and touring with Summer’s Heat, he went on to work with various multi-genre artists including Whitney Houston, Michael Bolton, The Dazz Band, Natalie Cole, Al Jarreau, Patti Austin, The Stylistics, Lenny Williams, Huey Lewis & The News, Ledisi, Mickey Thomas, Pete Townshend, Stevie Wonder, Lalah Hathaway, Young Jeezy, Keyshia Cole, Santana, Yolanda Adams, Trombone Shorty, and Hugh Masakela. As a vocalist, he’s lent his voice to The Magical World of Disney (theme song), NBA Warriors’ Basketball theme, California Raisins (“I Heard It Through The Grapevine”), Wendy’s Restaurants, Sims (Playstation), Leap Frog Education; and the lms, The Hunchback of Notre Dame, Stuart Little, Snow Dogs, Rent (contractor), and over 500 recordings and commercials. Batiste was commissioned by the Oakland Symphony to compose and orchestrate two compositions for full orchestra and 200 voices, which premiered at Oakland’s Paramount Theater in 2013. He co-produced and arranged horns and strings on Charlie Wilson’s number one Billboard single, “You Are”, which was nominated for a Grammy Award for “R&B Song of The Year” in 2012, and was a performer and vocal arranger on Roberto Fonseca’s Grammy nominated project, “Yo” in 2013. Batiste has been the musical director for the theater productions of “Pajama Game”, “Moms” starring Whoopi Goldberg, and “Jukebox” starring Danny Glover. In addition, he was the vocal arranger for the NFL Commissioner’s Super Bowl 50 Gala. He recently co-wrote and produced 2x Grammy nominated recording artist, John Lee Hooker Jr’s new album, “Testify”, and is writing a book entitled “The Art & Business of Songwriting” for Oxford University Press due in the Spring of 2021. “I want to make life better for youth and creators of music” says Batiste, who is very active in community service as a volunteer, educator, and youth mentor. Batiste’s volunteer work includes: Music In Schools Today (Board Member), Heart Of the Town (Producers of Oakland’s Art & Soul Festival-Board Member), West Coast Songwriters Association (Board Member), and The Arhoolie Foundation (Board Member). He is a former National Trustee, San Francisco Chapter President, current Board Member, and Lifetime Member of The Recording Academy (producers of The Grammy Awards).

Receive valuable feedback for development AND have the possibility of your song being one of 2 selected to compete in our FINALS this July. 3 songs from our FINALS have the opportunity to play at our Sunset Concert during the Annual Conference in September.

WCS Members only, one song only, attach your MP3/song file and paste your lyric into the body of your email. In subject line put: Larry Batiste Evaluation. Please do not send links as we have to upload the songs. DEADLINE TO SUBMIT YOUR SONG IS NO LATER THAN November 1st. RENEW YOUR MEMBERSHIP OR JOIN HERE: https://www.westcoastsongwriters.org/membership 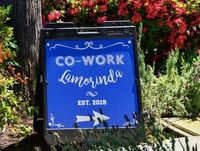 Come Join Us ONLINE! Members and Non-Members welcome Play your song (live or recorded) in a casual supportive environment. Please join us and receive honest thoughtful feedback from our talented local songwriting community.

Please bring your own lyric sheets and kindly email Laurazucker212@gmail.com to let her know you will be attending!